Dakota Lithium batteries is putting it’s solar powered kayak kit through ‘sea trials’ in Seattle. Their goal is to offer it as a product to convert your kayak/boat to an e-boat. They will also be testing it while ‘floating’ the Kokolik river in Alaska later this summer.  be testing it later this summer on the Kodak river in Alaska for several weeks.

The picture above clearly shows the solar panel (big white folded thing) that is used to charge the battery pack (yellow bag with black bottom behind occupant). The ‘thruster’ is in the raised position here demonstrating that it can be raised fully out of the water if you are worried about weed and rocks etc.. The design of it allows you to use trekking poles and simple attachments that can go on any boat.

This video below shows the e-kayak kit in action powered by Dakota Lithium batteries.  The solar panel is unfolded and charging the battery pack while the thruster does all the work. This kit will give you 10lbs of thrust for 6hrs. That’s like Olympic athlete training output, if you were to get that time-thrust with a paddle. The ‘thruster’ only has 1/20th the surface area of a paddle, so why use a paddle ever again? 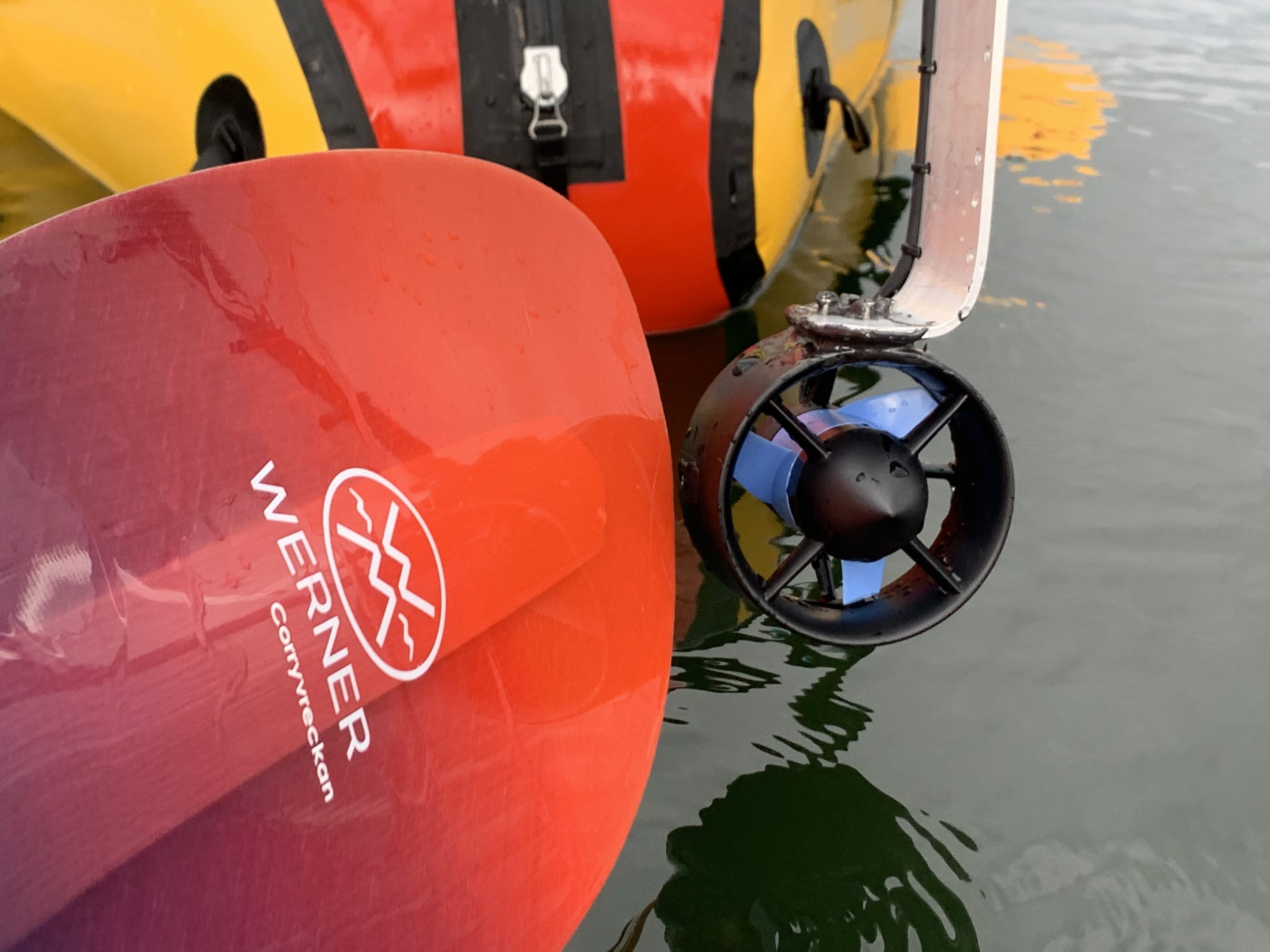