I awoke one morning in Seattle with Mt Rainier staring at my. It had beckoned before but this morning I answered it’s summons. I got on line and booked a climbing expedition with RMI. The next month while back in China working I prayed that the weather would be…. good for my summit attempt on June 15th 20017. I arrived a few days early to get my gear together and meet the 15 other people I would be climbing with and the RMI guides. The weather was beautiful and but Rainier had record amounts of snow for this time of year. The ‘reflection lakes’ were almost completely frozen over with a small area suitable for capturing a reflection image.

I could not have asked for a better team of random strangers to climb with. We all met up and had a day getting to know each other and practicing some rope and safety drills. I was still jet lagged from my previous days flight in from Shanghai but it was going to work to my advantage as our summit push would be in the early ours of the morning. The weather on Mt Rainer changes rapidly and it’s safest to climb in the early hours of the morning when it’s the coldest because there is less chance of ice braking off and injuring a climber.

One the drive up to Paradise to start the hike to Camp Muir I stopped here at Narada Falls. You can’t see the waterfall from the road so you have to walk five minutes down the path and look back up towards the road. Long exposures can be tricky when you are trying not to get your lens wet from the spray. 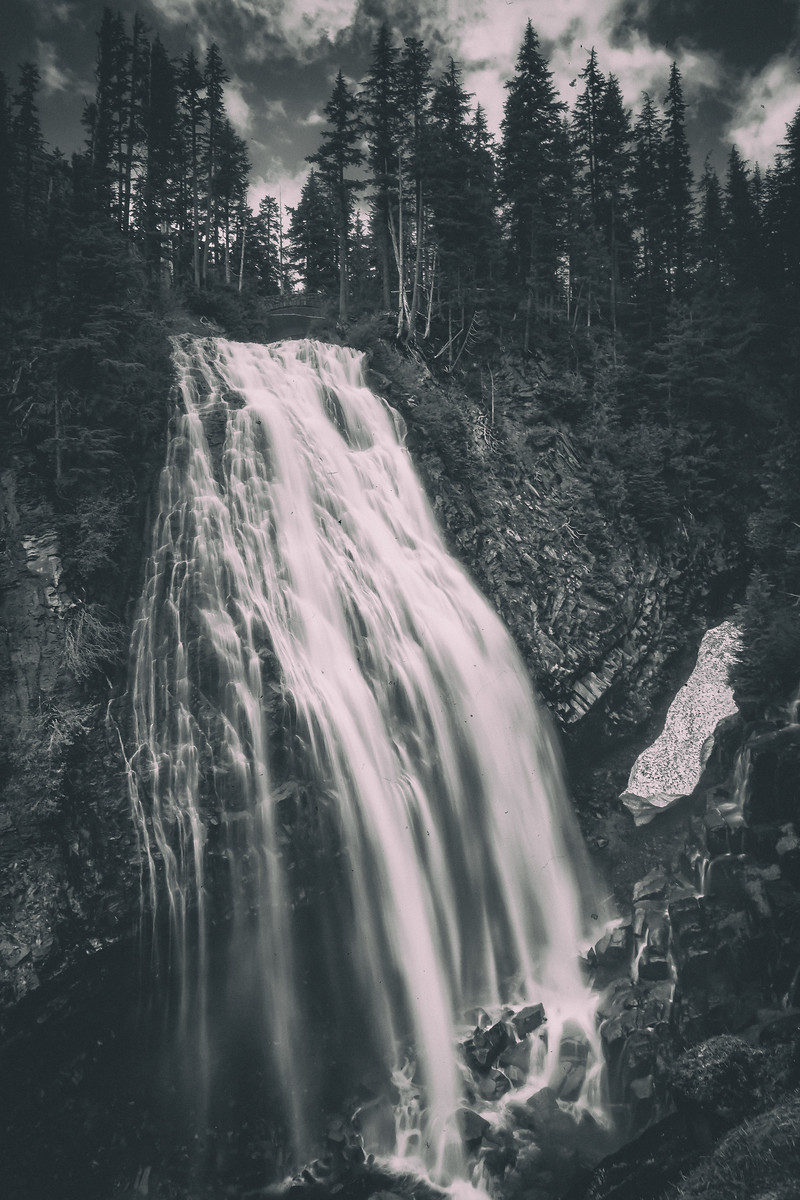 And we were off stopping once per hour on the hike up to Camp Muir. I had the honor and privilege of being guided by Win Whittaker himself. He only climbs Mt Rainier three times per year these days and I picked the right day or did I? 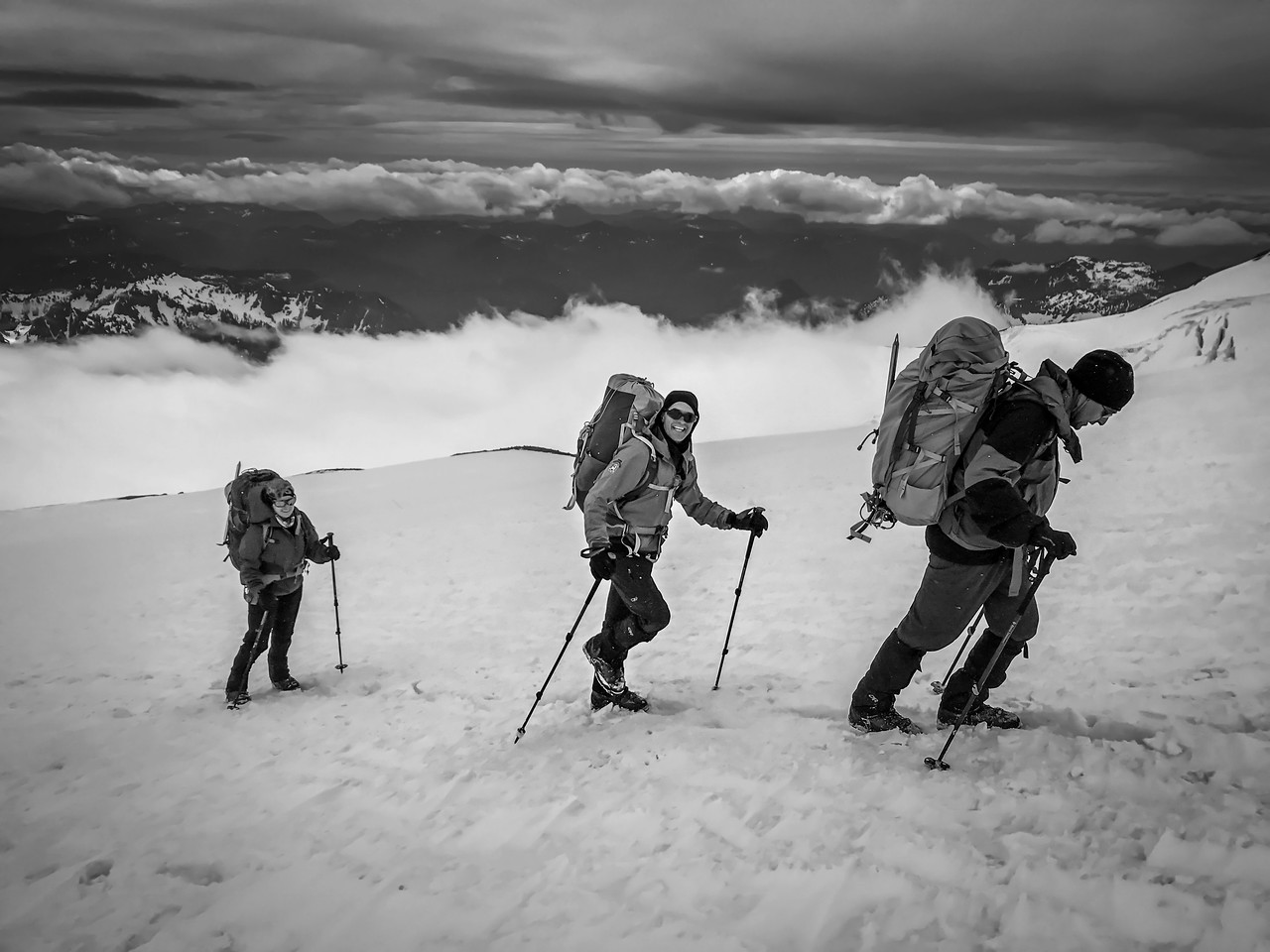 This was the last smile. We made it to Camp Muir and crashed in the bunk house with the plan to start the summit climb in the early hours of the morning but a storm was closing in rapidly. At 1 am we had 60 mph winds and whiteout conditions. The decision was made to stay in bed and head down the mountain again when we had day light. The guides did make us some delicious pancakes for breakfast so despite the smashing disappointment all is good and I will return for another attempt next year.