Sheikh Zayed Grand Mosque is located in Abu Dhabi, the capital city of the United Arab Emirates, and is considered to be the key site for worship in the country. It is a massive structure highlighted by its four touring minarets….I arrived in Dubai under the shadow of it’s towering Burj Khalifi and drove one and a half hours to reach the Grand Mosque. The first time I visited was during the month of Ramadan which meant that the mosque closed to the public in the late afternoon. I was disappointed because I wanted to see it lit up at night.

It’s a small world to us travelers. By chance on my first visit my friend and fellow travel photographer Hans Mast happened to be passing through Abu Dhabi on the same day. He noticed that I was there and popped over to the Grand Mosque to take a few pictures together and have a chat.

On my second visit I arrived an hour before sunset and was amazed by the blue light and the reflections on the still waters. It was also the hour when the locals are called to prayer.

The Burj Al Arab is an impressive structure isolated on it’s own island. This one road dotted with Ferrari’s and Lambergenies leads to the only entrance unless you arrive by helicopter. 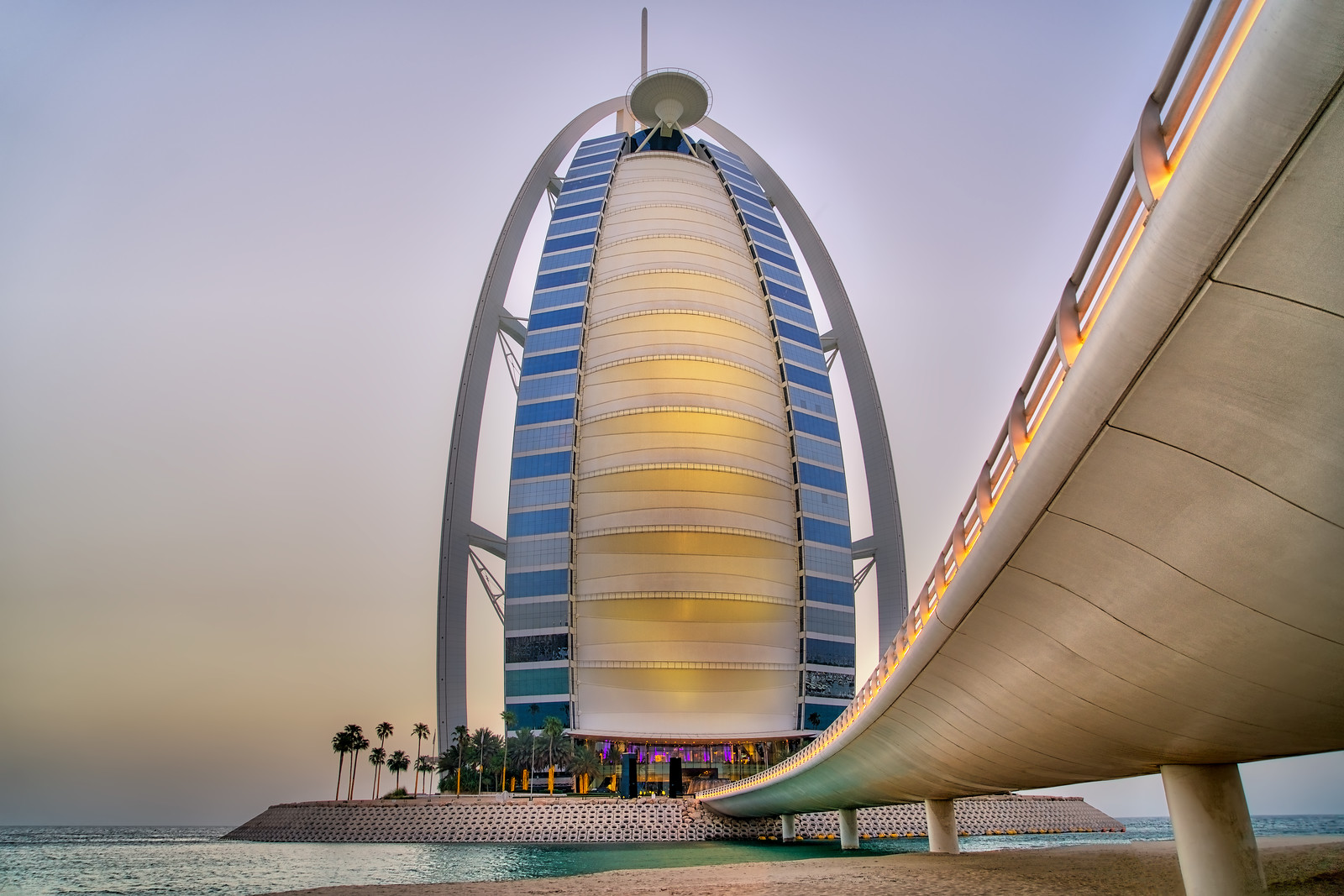 As the day turned to nigh, the tourists left the mosque and a tranquil peace fell over the place . I put my camera away and found a spot to just sit and meditate for a while.

This image was taken during the daytime on my first visit. I think it gives you a good idea of the size of this mosque. 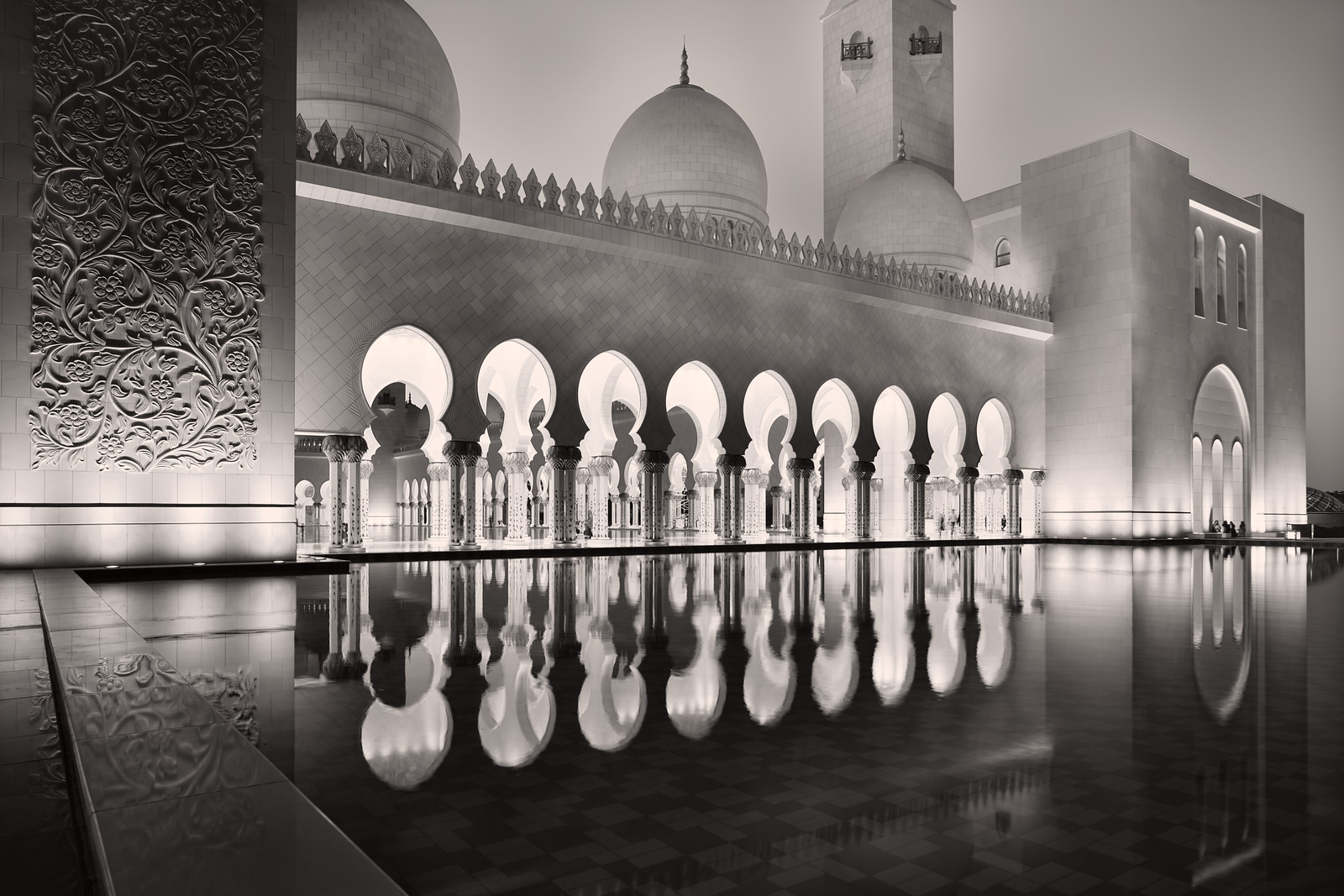