Hiking in the Cascades. What amazing weather we have had in Washington this summer. I had the chance to visit the Columbia river gorge (previous post) in eastern Washington and last week I hiked along the Pacific Coast Trail (PCT) starting from Snoqualmie Pass all they way up to the top of Chikamin Peak. We camped the first night at…. Gravel Lake picture below and you can see Chikamin Peack in the distance. It was my first trial run taking my Sony A7 out in the elements for some HDR magic. Let’s just say it has a few scratches from scrambling up scree slopes that we did in order to get these images. The first two where taken on a tripod and the second two without. The fist image is a six shot bracketed HDR composite and the one of my cousin dangling from the cliff is a three image HDR composite.

I played around with a little ‘light painting’ with the ‘Big Dipper’ (part of the Ursa Major constellation) overhead. Anyway, I am impressed with the camera and how well it works for HDR images. Plus it is always such a good feeling to be out in nature away from machines. Well almost! 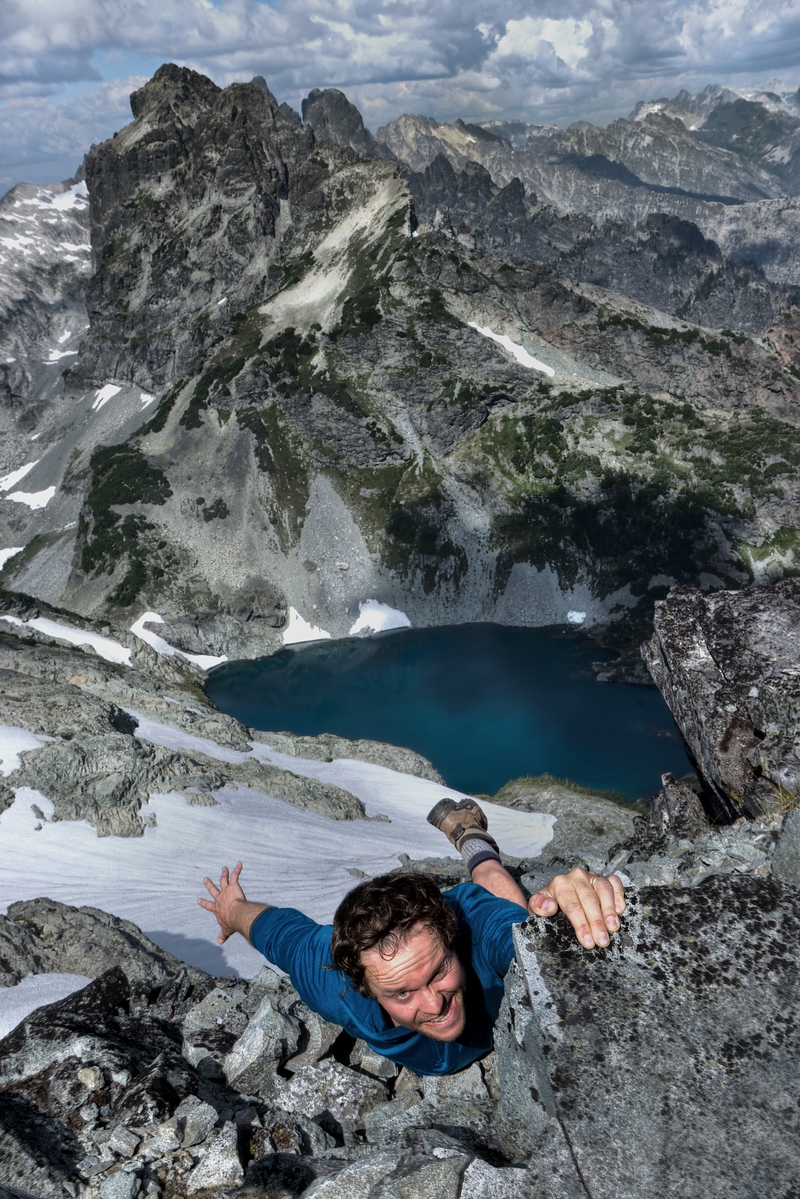